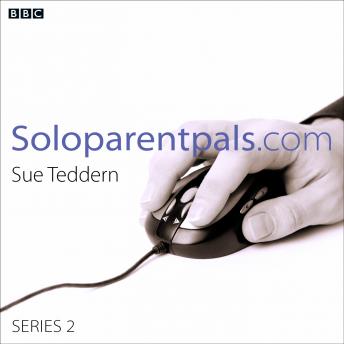 The complete second series of the BBC Radio 4 full-cast drama about two single parents who met on an internet chat site and developed a friendship. First broadcast in the ‘Woman’s Hour Drama’ slots from 23 August - 27 August 2010, this follows on from the first series which was originally transmitted in 2009 under the name of ‘singleparentpals.com’. In the first series despite a succession of twists and turns, mis-timings and misunderstandings between the rather nervous, disorganised Tom and the mouthy, controlling Rosie, an underlying friendship and dependence seemed to emerge - but an actual meeting in the flesh failed to take place. Now, a year later, communications between cyberpals Rosie and Tom are still long-distance, by email, telephone or through the website. Contains the following episodes: ‘A Clean Slate’ - Rosie discovers that she quite likes her ex-husband's new girlfriend and that Tom has a new love interest. ‘Dating for Beginners’ - Tom's revelation that he is ‘seeing’ Siobhan spurs Rosie into the dating game. ‘Doormats’ - Not only has Rosie been sleeping with her ex-husband but she has become good friends with his girlfriend. Meanwhile Tom's ex treats him like a doormat. ‘Emotional Quicksand’ - Rosie's love-life is in a tangle and Tom is getting cold feet about Siobhan. ‘Happy Now?’ - Rosie and Tom meet. Series 2 of Sue Teddern's story of the long-distance friendship between two parents stars Maxine Peake as Rosie and Kris Marshall as Tom. Also included in the cast are Karina Jones, Thomas Rolinson, Christine Kavanagh, Alison Pettitt, Sam Dale and David Seddon. Directed by David Hunter.