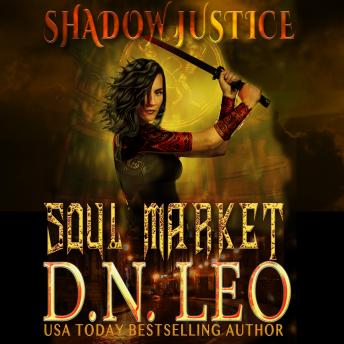 A thousand-year contract with the Babylonian Goddess is coming to an end when a good deity realizes there shouldn't be a deal to begin with.Mya made the deal with the Goddess when she was young and innocent, thus, her confidence clouded her judgement. More than a thousand years later, she is still working to honor the deal as a professor in mythology in Melbourne, Australia.The Goddess does not entertain losing any game, and Mya is now at the pointy end of the deal. The dark horizon is closing in. The deal is never meant to be won and disastrous consequences are inevitable.This second installment in a supernatural suspense trilogy will make you question what you take for granted in this modern world.* Previously published as The Good Deity seriesSoul Dealers - Shadow Justice - Book 1Soul Market - Shadow Justice - Book 2Soulless - Shadow Justice - Book 3

This title is due for release on January 3, 2018
We'll send you an email as soon as it is available!