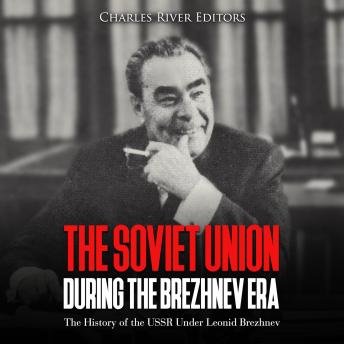 The Soviet Union during the Brezhnev Era, The: The History of the USSR Under Leonid Brezhnev

Leonid Brezhnev became First Secretary of the Communist Party in the Soviet Union in late 1964 after a plot to oust Khrushchev. Little is remembered in the public imagination about Brezhnev in comparison to Mikhail Gorbachev, Vladimir Lenin, or Joseph Stalin, despite the fact Brezhnev ruled the USSR from 1964-1982, longer than any Soviet leader other than Stalin. In fact, he held power during a tumultuous era that changed the world in remarkable ways, and that era has been favorably remembered by many former Soviet citizens. It marked a period of relative calm and even prosperity after the destruction of World War II and the tensions brought about by Khrushchev. Foremost amongst Brezhnev's achievements would be the détente period in the early 1970s, when the Soviets and Americans came to a number of agreements that reduced Cold War pressures and the alarming threat of nuclear war.
On the other side of the balance sheet, Brezhnev oversaw a malaise in Soviet society that later became known as an era of stagnation during which the Communist Bloc fell far behind the West in terms of economic output and standard of living. His regime also became notorious for its human rights abuses, and Soviet foreign policy in his later years took on some of the character of the earlier American behavior that he had so criticised. Most calamitous of all was the invasion of Afghanistan in 1979.
Through it all, the Brezhnev Era charted a remarkable number of events and trends during the late 20th century. The Soviet Union during the Brezhnev Era: The History of the USSR Under Leonid Brezhnev examines the climactic decades of the Soviet premiere's leadership, and how the Cold War changed during that era.

Soviet Union during the Brezhnev Era, The: The History of the USSR Under Leonid Brezhnev