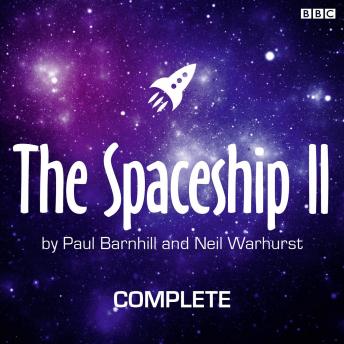 The hilarious comedy sci-fi series set in the 22nd century, written by Paul Barnhill and Neil Warhurst and directed by Sally Avens. In these five episodes, Captain Gordon Taylor hits trouble over a failing call centre and scientist Clive 55 reconstructs a dead space pirate - who before long is running the ship. In addition, the crew must deal with a group of space tourists and a mystery virus which makes them age at an alarming rate - and they are brought face-to-face with reality when they reach the end of the universe.