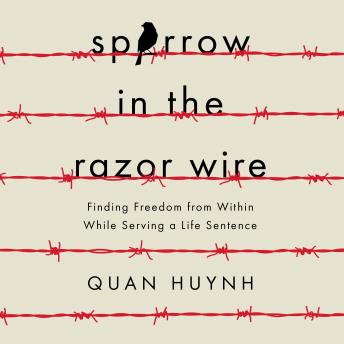 Sparrow in the Razor Wire: Finding Freedom from Within While Serving a Life Sentence

In 1999, Quan Huynh shot and killed another man in a gang-related incident in Hollywood, California. He received a prison sentence of fifteen years to life in a state that, at the time, did not parole prisoners with life sentences. Behind bars, Quan continued his downward spiral.

This could have been the end of the story for Quan, as it is for many prisoners. But somewhere along the way, he discovered a new path—one that prompted him to commit to self-reflection, truth, and personal responsibility.

Sparrow in the Razor Wire is Quan’s story of transformation inside a place many see as the end of the road. In his book, he shares the journey of redemption and discovery that led to his ultimate freedom. He found that, no matter the prison, the key to unlocking the door is in each one of us.