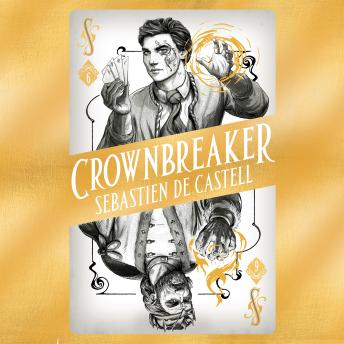 The sixth - and final - instalment of the inimitable SPELLSLINGER series. With an introduction and postscript by the author, and an audio exclusive interview.

Kellen and Reichis are settling into their lives as protectors of the young queen. For the first time Kellen feels as if he's becoming the kind of man that his mentor Ferius had wanted him to be. Even Reichis has come to appreciate having a noble purpose - so long as no one minds him committing the occasional act of theft from the royal treasury.

But thousands of miles away a war is brewing that the Argosi always warned could destroy the continent. An unexpected source brings word that there's one way Kellen can prevent a hundred years of bloodshed, and all it requires is a little murder . . .

Now Kellen and his sister Shalla find themselves on opposite sides, and neither love nor loyalty can protect them from the choices they must make.

Perfect for fans of The Dark Tower, Firefly, Guardians of the Galaxy, Terry Pratchett, Ben Aaronovitch and Jim Butcher.