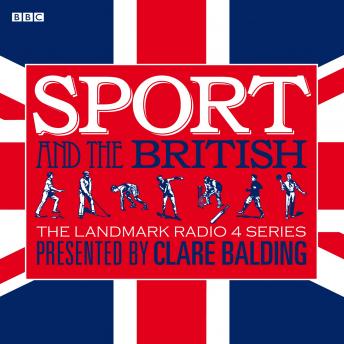 Sport And The British

Apart from the English language itself, the invention of modern sport has been our major cultural legacy to the rest of the world. In this 30-part narrative history series, with the help of the academic team from the International Centre for Sports History and Culture at De Montfort University, Clare looks at the unique and vital role sport has played, and continues to play, in our national life. Clare travels to Rugby, which can claim to be the birthplace of the modern Olympics, and she also investigates the role our sporting heroes play in shaping national identity - and rivalry. She discovers the vital role gambling has played, as well as the change from amateur to professional sport. From the birth of broadcasting to the way television has changed our relationship with sport forever - via the British Empire and the importance of sport between both world wars - this is a historic series about our national passion and how the British took sport to the world. Due to copyright reasons, this contains edited versions of the episodes that were originally broadcast.

Sport And The British