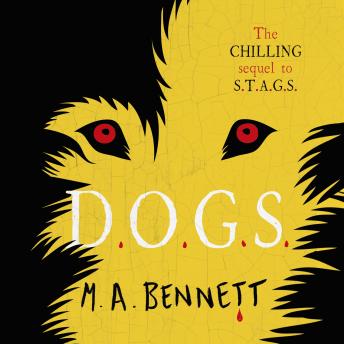 Written By: M A Bennett

The chilling sequel to STAGS! STAGS 3: FOXES is coming out in the summer.

After the dramatic events of the last few weeks, Greer Macdonald is trying to concentrate on her A levels. Stuck for a play to direct for her drama exam, she gets help from an unexpected quarter . . .

A priceless lost play, buried by time, is pushed under her door. It is Ben Jonson's The Isle of Dogs, a play considered so dangerous in Elizabethan times that every copy was burned . . . except one. As the students begin to rehearse, events become increasingly dark and strange, and they lead Greer back to where she never thought she would return - Longcross Hall.

There she discovers that not only is the Order of the Stag alive and well, but that a ghost from the past might be too . . .

by M A Bennett