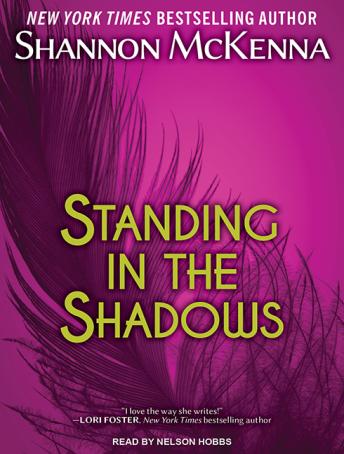 Standing In The Shadows

Ex-FBI agent Connor McCloud can never forget the day he was set up to die at the hands of trusted friend and fellow agent Ed Riggs. Hard justice and loyalty to his badge have cost Connor what he wants most-Ed's shy, studious daughter Erin. But now that his old enemy Kurt Novak has returned, Connor is prepared to do anything to protect the vulnerable young woman from a killer who has vowed a brutal payback...a killer with a predator's lethal patience.


Erin has been harboring secret fantasies about Connor McCloud since she first laid eyes on him, but that was before his testimony sent her father to jail. Now Connor is knocking on her door, telling her she needs his protection, whether she wants it or not. He won't give up and he won't stay away. His fierce protectiveness awakens long-buried feelings-and a fiery sexuality deep within her soul...

Standing In The Shadows