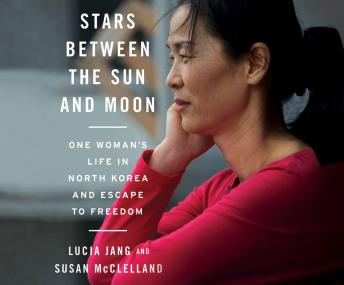 Stars Between the Sun and Moon: One Woman's Life in North Korea and Escape to Freedom

Born in 1970s North Korea, Lucia Jang grew up in a typical household - her parents worked in the factories and the family scraped by on rations. Nightly, she bowed to her photo of Kim Il-Sung. It was the beginning of a chaotic period with a decade-long famine. Jang married an abusive man who sold their baby. She left him and went home to help her family by illegally crossing the river to China to trade goods. She was caught and imprisoned twice. After giving birth to a second child, which the government ordered to be killed, she escaped with him, fleeing under gunfire across the Chinese border. This demonstration of love and courage reflects the range of experiences many North Korean women have endured.

Stars Between the Sun and Moon: One Woman's Life in North Korea and Escape to Freedom