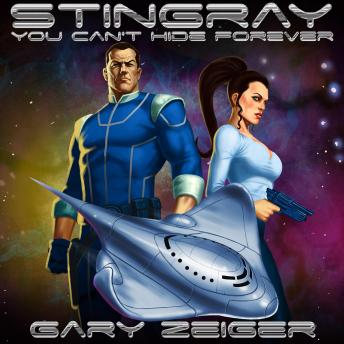 A decade worth of research and development went into the creation of a new prototype warship. New propulsion system twice an order of magnitude faster than current hyperdrives. New weapons, capable of leveling a planet. New shielding, able to withstand barrage after barrage. Her name: Stingray. And she was gone, in a blink of an eye.

Five years prior, the governments of planet after planet voted in favor of being governed by a dozen of the universe’s most powerful corporations. The self-governing Planetary Alliance silently fell, replaced by The Conglomerate. They wanted change. One planet stood alone: Earth had seen her fair share of change and wanted no part of it.

Capt. Reginald Epsilon saw the writing on the wall. Refusing to recognize his new commanders and facing court martial and prison, he disappeared without a trace. When Stingray went missing, an all-out manhunt for Epsilon was on. Stopping at nothing, Admiral Roth ruthlessly used Epsilon’s XO and protégé, the stunning Lt. Jessie Smythe, and her little sister Maggie as pawns. Can he save Maggie and prevent the most powerful warship in the universe from falling into corrupt hands, hands hell bent on destroying Earth?