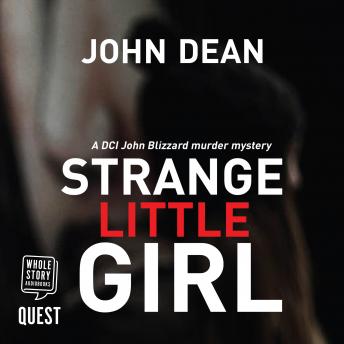 When detective John Blizzard is called to Hafton city cemetery to inspect a recently desecrated grave, he quickly suspects it is something to do with a girl who went missing years before. The grave belongs to the victims of an unsolved murder case, involving members of the family to which the girl belonged. DCI Blizzard is sure that the father was the culprit but previous attempts to bring him to justice had failed. Now a wealthy businessman, Blizzard is still determined to put him under lock and key. Spurred by the recent events, he convinces his divisional commander that the case be reopened. But Blizzard gets more than he bargained for when police probing brings a genuinely feared villain back to the area – a gangster who has always evaded the law and is ready to use any means necessary to do his dirty work. When a new murder is committed, the pressure is on to solve the case. But something is being hidden from the detectives and the clues point to a sinister crime ring that will do anything to evade capture and protect its interests.

This title is due for release on April 19, 2018
We'll send you an email as soon as it is available!