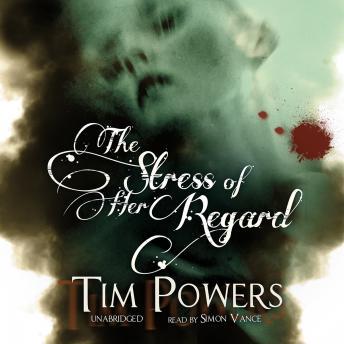 On the night before he is to be married, Michael Crawford joins his friends for an evening of drinking and revelry. In a fateful, inebriated moment, Crawford slips his fiancée’s ring on the finger of a nearby statue. The following day, the statue is gone.

When Crawford discovers his bride brutally murdered in their wedding bed, he is forced to flee not only to prove his innocence but to avoid the deadly embrace of a vampire who has claimed him as her true bridegroom. Joining forces with Byron, Keats, and Shelley in a desperate journey that crisscrosses Europe, Crawford desperately seeks his freedom from this vengeful lover who haunts his dreams and will not rest until she destroys all that he cherishes. Told in the guise of a secret history, this tale of passion and terror brilliantly evokes the nineteenth century. The chilling horror and adventure blend to create a riveting romantic fantasy.

Stress of Her Regard