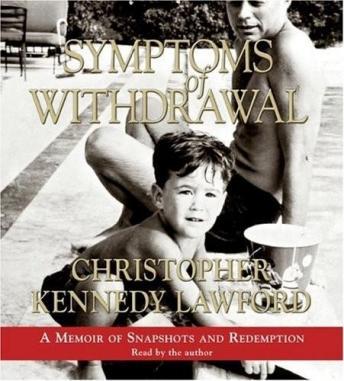 Born into enormous privilege as well as burdened by gut-wrenching family tragedy, Christopher Kennedy Lawford now shares his life story, offering a rare glimpse into the private worlds of both Washington politics and the Hollywood elite.

In spite of a seemingly idyllic childhood, Lawford's early life was marked by the traumatic assassinations of his beloved uncles, Jack and Bobby, and he soon succumbed to the burgeoning drug scene. With compelling realism mixed with equal doses of self-deprecating wit, youthful bravado, and hard-earned humility, Symptoms of Withdrawal chronicles Lawford's deep and long descent into near-fatal drug and alcohol addiction, and his subsequent formidable path back to the sobriety he has preserved for the past twenty years.

"Symptoms of Withdrawal is a poignantly honest portrayal of Lawford's life as a Kennedy, a journey overflowing with hilarious insider anecdotes, heartbreaking accounts of Lawford's addictions to narcotics as well as to celebrity and, ultimately, the redemption he found by asserting his own independence.