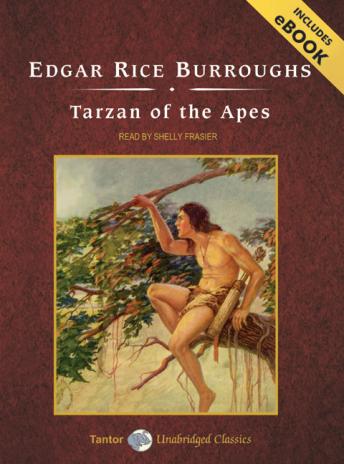 Born of noble stock to parents who become marooned on the savage West African coast, the young Lord Greystoke is orphaned in his first year of life. Named Tarzan by the great apes that raise him, he must learn the law of the jungle to survive. As he matures, his strength and agility develop to match those of the beasts that he is surrounded by, yet he realizes that he is different. He combines higher intelligence, superhuman strength, and his jungle training to become the unconquerable Lord of the Jungle.

When a group of civilized people invade Tarzan's jungle paradise, his life is changed forever, for with them is Jane. Jane is the first woman Tarzan has ever seen, and he must have her as his own. But how can this uncivilized ape-man hope to win her?