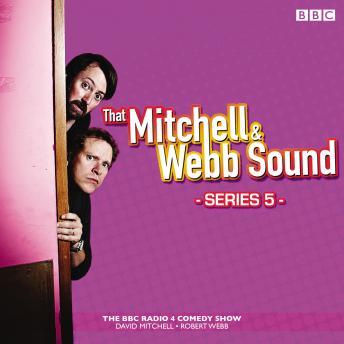 Comedy from the lopsided world of David Mitchell and Robert Webb, with Olivia Colman and James Bachman.

The radio sketch series which spawned BBC TV’s That Mitchell and Webb Look returns with five brand new episodes. Among the topics given the unique Mitchell & Webb treatment are the future of farming (battery penguins); Thomas Hardy's exciting idea to make his books even sadder; the very confusing goings on in a cash-register shop; a horror story for slugs; the Escalator brothers inventing the world’s first horseless staircase; and the very last programme the BBC ever does…