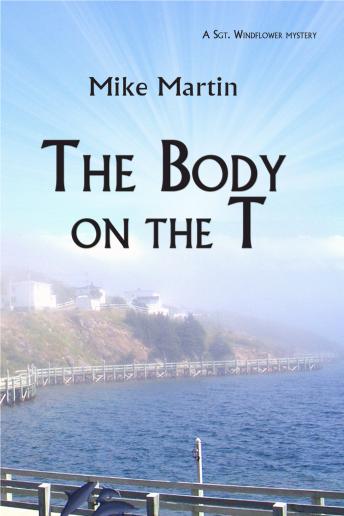 The Body on the T

The Body on the T is the second book in the Windflower mystery series and it follows up on the highly acclaimed premiere, The Walker on the Cape. The story begins when a body washes up on a beach near Grand Bank, Newfoundland. There is no identification on the body and few clues to identify who the person was or where they came from. The case becomes the responsibility of Sgt. Winston Windflower of the Royal Canadian Mounted Police and his trusted side-kick, Corporal Eddie Tizzard. But this is just the beginning. There is also a devastating accident on the highway and another suspicious death to deal with. Throw in a rogue police officer and an international drug ring operating in the waters off the coast and Windflower's peaceful world is turned upside down. This time Windflower's adventures take him to the scenic town of Burin where Captain Cook once patrolled the waters looking for French mercenaries. And to historic St. John's where he faces down an armed suspect on a parking garage rooftop in the midst of a busy downtown evening. Along the way Windflower also continues to enjoy the food and home-style hospitality of this part of the world. Cod tongues, pan seared scallops and even figgy duff become part of his diet, and his long list of favorite foods. Windflower may be a long way from his Cree home in Northern Alberta but he has found a new place to love in the fog and mist of Newfoundland.

The Body on the T