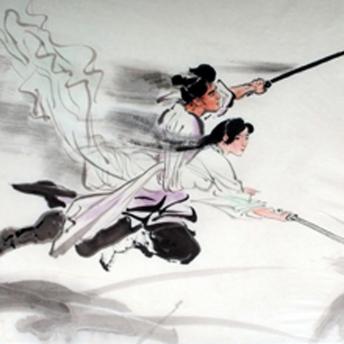 The Giant Eagle and Its Companion

In the late Southern Song dynasty, Yang Guo, the son of Yang Kang is sent to Quanzhen Sect to learn martial arts by Guo Jing. Because he is often bullied by his fellow students, Yang Guo flees from Quanzhen and ventures unknowingly into the nearby ancient tomb, where he develops a forbidden love with his master Xiaolongnü. Yang Guo intends to kill Guo Jing to avenge his father’s death. However, he is so impressed with Guo Jing’s loyalty and strong sense of chivalry after witnessing Guo’s heroic deeds of defending Xiangyang from Mogol invaders. Yang Guo has a rough and difficult life, losing one of his arms and being poisoned by Love Flower. However, he is never afraid of hardships and dangers and keeps pursuing his true love. After being separated from Xiaolongnü for sixteen years, Yang Guo finally is reunited with Xiaolongnü.

The Giant Eagle and Its Companion