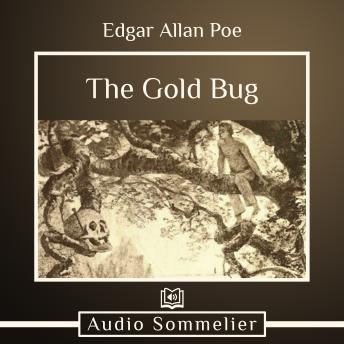 Inspired by the real-life click beetle, Poe's story, The Gold Bug, impresses on the reader the stress that wealth can often have upon humans. William Legrand and his servant, Jupiter, travel to Sullivan's Island after Legrand loses his family's fortune. There, Legrand becomes obsessed with a golden beetle, and Jupiter goes to fetch the narrator as he is increasingly convinced of Legrand's insanity. An attempt to catch the beetle leads the three on a chase for hidden gold treasure with a dark and brooding history.