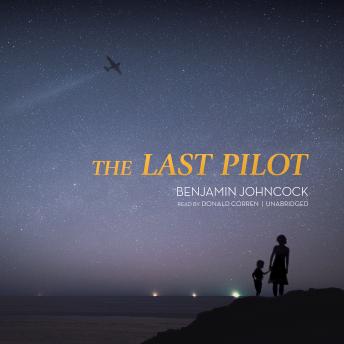 Jim Harrison is a test pilot in the United States Air Force, one of the exalted few. He spends his days cheating death in the skies above the Mojave Desert and his nights at his friend Pancho’s bar, often with his wife, Grace. She and Harrison are secretly desperate for a child—and when, against all odds, Grace learns that she is pregnant, the two are overcome with joy.

While America becomes swept up in the fervor of the space race, Harrison turns his attention home, passing up the chance to become an astronaut to welcome his daughter, Florence, into the world. Together, he and Grace confront the thrills and challenges of raising a child head-on. Fatherhood is different than flying planes—less controlled, more anxious—however the pleasures of watching Florence grow are incomparable. But when his family is faced with a sudden and inexplicable tragedy, Harrison’s instincts as a father and a pilot are put to the test. As a pilot, he feels compelled to lead them through it—and as a father, he fears that he has fallen short.

The aftermath will haunt the Harrisons and strain their marriage as Jim struggles under the weight of his decisions. Beginning when the dust of the Second World War has only just begun to settle and rushing onward into the 1960s, Benjamin Johncock traces the path of this young couple as they are uprooted by events much larger than themselves. The turns the Harrisons take together are at once astonishing and recognizable, their journey both frightening and full of hope. Set against the backdrop of one of the most emotionally charged periods in American history, The Last Pilot is a mesmerizing story of loss and finding courage in the face of it from an extraordinary new talent.

“Johncock’s mastery of the jargon and mechanics of test piloting and space flight is impressive…An ideal read for history buffs and space-race enthusiasts.”—Kirkus Reviews