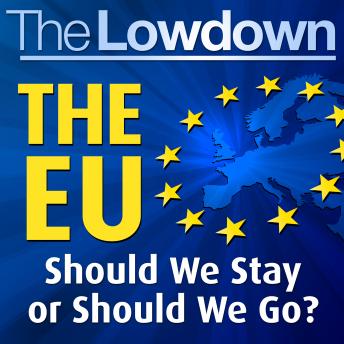 The Lowdown The EU should we stay or should we go?

WHAT HAS THE EU EVER DONE FOR US?

Why doesn’t Posh Spice like the European Union?
Which EU member nation is the grumpiest?
How many people does it take to post a letter in the EU HQ in Brussels?

The answer to that last question is: keep reading this blurb. There are literally hundreds of books and websites that deal with the history, workings, constitution and finances of the EU. But they all tend to fall into one - or both – of two categories: hopelessly biased or hopelessly boring.

Until now, that is. Faced with the prospect that the UK electorate might be asked whether it wants in or out of Europe in 2017, Paul Kent discovered he didn’t have the first clue which side he was on. So instead of relying on journalists, bureaucrats or politicians to feed him their distorted, dull or partisan half-truths, he decided to find out for himself – emerging with this short, pithy and, gasp, funny survey that puts everything in perspective so you don’t have to.

And he also promises he won’t tell you which way to vote.

So if you want to thank Paul for risking his sanity in this selfless act of public service, you could do worse than download a copy of The EU:Should We Stay Or Should We Go? It’s the only EU guide you will ever need. And it will make you laugh while you learn a thing or two.

And by the way, if you want the answers to those other five intriguing EU questions, they’re just a few clicks away . . .