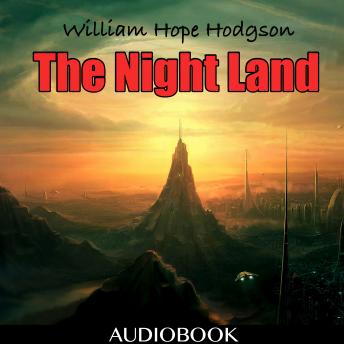 The Night Land is a classic horror novel by William Hope Hodgson.

"The Night Land is a tale of the remote future ' billions of years after the death of the sun. It is one of the most potent pieces of macabre imagination ever written . . . there is a sense of cosmic alienage, breathless mystery, and terrified expectancy unrivalled in the whole range of literature . . . this fantasy of a night-black, dead planet, with the remains of the human race concentrated in a stupendously vast metal pyramid and besieged by monstrous, hybrid, and altogether unknown forces of darkness, is something that no reader can forget." ' H. P. Lovecraft.

The tale of a heroic search for life beyond the darkness, this groundbreaking story was the first work of modern fantasy to feature a dying Earth. The inspiration for countless science fiction, fantasy, and horror novels, the book's legions of fans included Clark Ashton Smith, who remarked that "In all literature, there are few works so sheerly remarkable, so purely creative, as The Night Land."