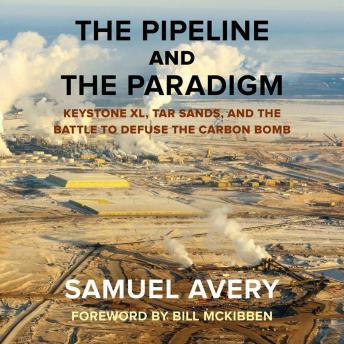 The Pipeline and the Paradigm: Keystone XL, Tar Sands, and the Battle to Defuse the Carbon Bomb

This thoroughly researched and wholly engaging book investigates the economic, ecological, political, and psychological issues behind the Keystone XL pipeline-a project so controversial it has inspired the largest expression of civil disobedience since the Civil Rights movement of the 1960s.
With enough carbon trapped in the Canadian tar sands to plunge the Earth into irreversible climate change, it is the Keystone XL pipeline that will set that carbon free. The debate rages on over whether this 2,100-mile long steel pipeline is a vital piece America's energy future or the conduit for global climate disaster. From the enormous tar sands mines in Alberta to a tree-top blockade in Texas, this book introduces the people and explores the competing interests that power the environmental issue of the current generation.
Foreward by Bill McKibben.

Pipeline and the Paradigm: Keystone XL, Tar Sands, and the Battle to Defuse the Carbon Bomb