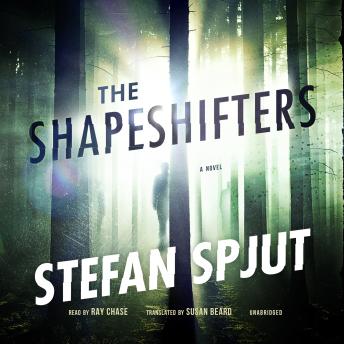 Summer 1978. A young boy disappears without a trace from a summer cabin. His mother claims he was carried away by a giant. He is never found.

Twenty-five years later, another child goes missing. This time there’s a lead: a single photograph taken by Susso Myrén. Myrén has devoted her life to the search for trolls, legendary giants known as stallo, who can control human thoughts and assume animal form. Convinced that trolls are real, she follows the trail of missing children to northern Sweden. But humans, some part stallo themselves, have been watching over the creatures for generations, and this hidden society of protectors won’t hesitate to close its deadly ranks.

Mixing folklore and history, suspense and the supernatural, The Shapeshifters is an extraordinary journey into a frozen land where myth bleeds into reality.

“A fantastic novel in every sense of the word…not only because Spjut has accomplished the masterstroke of writing convincingly about the existence of trolls and other mythical creatures in the Nordic forests but also because all this unfolds in a language that captures the everyday reality we know so well, with such precision and exquisite style that the words seem to sparkle on the page.”—Karl Ove Knausgård, author of the My Struggle series