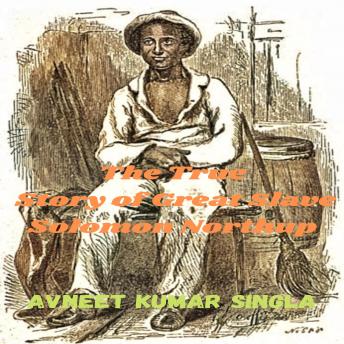 This Book is committed to African-American Solomon Northup. This Book is a 1853 journal and slave story by American Solomon Northup. Northup, an individual of color who was brought into the world free in New York state, subtleties his being deceived to go to Washington, D.C., where he was abducted and sold into subjection in the Deep South. He was in servitude for a long time in Louisiana before he had the option to covertly get data to loved ones in New York, who thusly protected his discharge with the guide of the state. Northup's record gives broad subtleties on the slave markets in Washington, D.C. furthermore, New Orleans, and depicts finally cotton and sugar development and slave treatment on significant ranches in Louisiana.


The journal has been adjusted as two film renditions, created as the 1984 PBS TV film Solomon Northup's Odyssey and the Oscar-winning 2013 film 12 Years a Slave.


This book describes the writer's biography as a free person of color from the North who was abducted and sold into subjection in the pre-Civil War South. The child of a liberated slave, Northup was brought into the world free. He lived, worked, and wedded in upstate New York, where his family dwelled.

The Previous works and movies based on the life of Solomon Northup had won Academy Awards, BAFTA and Golden Globe Award too. This Book gives great message and very inspirational.

One of the message this book gives is individuals don't simply merit the ability to endure yet to live. We should roll out a social improvement that urges us to accomplish something, anything, and everything to end human dealing.

One of the Best Biography of an African American

One of the Best Slave Narrative of Solomon Northup