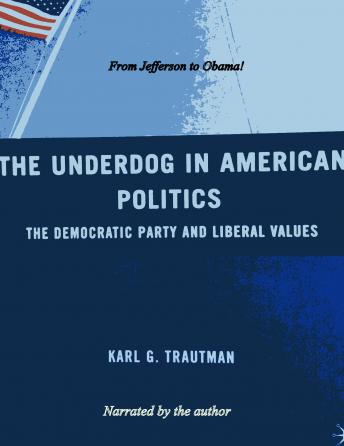 The Underdog in American Politics

The Underdog in American Politics is an original analysis of how the underdog concept applies to the Democratic Party and American politics and culture. In particular, it analyzes how the power of the underdog has shaped, and reflected, the politics of Democrats running for president. From Thomas Jefferson to Barack Obama, the author uses biography, ideology, campaign strategy, and public policies to depict the many different points of contact between Democrats and underdogs. The core values of equality, fairness and non-discrimination are analyzed. The role of sympathy and empathy toward underdogs is also examined.

This title is due for release on August 7, 2013
We'll send you an email as soon as it is available!