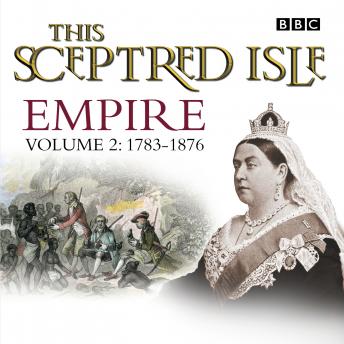 This is volume 2 of the eagerly-awaited follow-up to Christopher Lee’s highly-acclaimed and award-winning BBC Radio 4 series. BBC Radio 4’s monumental history of Britain picks up the story of the British Empire at the point where the American colonies have become the United States of America with their triumph over General Cornwallis and the British army at Yorktown in 1781. These are the years when British influence grew steadily around the globe, years when Britain took full advantage of the technical advances of its industrial revolution until it could be truly said that its Empire was one on which the sun never set. Here are the origins of the modern nations of Canada, Australia, New Zealand, South Africa, and of the ways in which British influence has affected - for better or for worse - nations such as India, Sri Lanka, and China. Here are the stories - not always happy and glorious - of Captain James Cook, Mungo Park, Warren Hastings, Sir Stamford Raffles and David Livingstone. This part of the story culminates in Queen Victoria being proclaimed Empress of India in 1876, the central symbol of some of the most potent imperial imagery. But just as the Empire itself was built not as the result of any grand plan, so the seeds of its twentieth century move towards independence from Britain were simultaneously and unwittingly being sown.