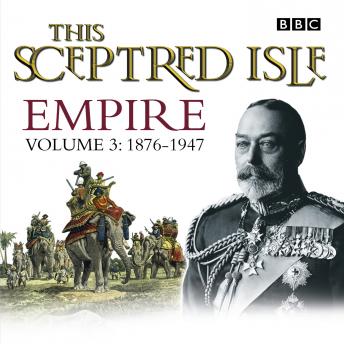 As this final part of the story of the British Empire begins, the Empire is at its peak. It would continue to grow, but the self-confidence, the success, and the sheer splendour of the Empire in the late nineteenth century would never be equalled. The basis of the Empire’s success was always commercial, and it was during this period that other great world powers - Germany, Japan, and, most of all, the USA - began to compete and dominate. And the commercial success of the colonies themselves would lead most of them to seek to run their affairs independently of the government in London. It’s often said that Britain is the only imperial power in history to have given up its empire voluntarily. Nevertheless, this was often a painful process, and one that was not always managed effectively or without dreadful violence. Here are the passionate stories of Ireland, of General Gordon at Khartoum, of young Winston Churchill at the battle of Omdurman, of the follies and shame of two Boer Wars, of Victoria’s Diamond Jubilee and the worldwide grief at her death. Here, too, are accounts of the Empire’s role in two World Wars, of the sowing of the seeds of modern-day confusion in Iraq, and finally of Gandhi and Jinnah, and India’s painful and difficult path towards independence in 1947, after which the Empire almost miraculously transformed itself into the present-day Commonwealth.