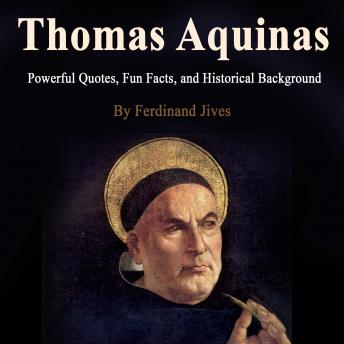 Italian philosopher, Thomas Aquinas, had a major impact on Christian theology, the rise of Scholasticism, and the Roman Catholic Church. His Summa Theologicaand other works are renowned, and they emphasize the five pieces of evidences that God exists. To get a basic understanding of this deep thinker, we will touch on topics such as:

Some of the most inspiring quotes from Thomas Aquinas’ works


- Interesting side notes and Aquinas’ historical background
- The Marian prayer
- Philosophical ideas and reasoning of this 13th-century theologist
- References to Aquinas’ books, as well as the explanation of the “natural law”
- And much more!

With all the agnostic philosophers around, an interesting perspective should be respectively acknowledged by a man who truly believed in God’s existence and the logic of proving the same.

This title is due for release on August 12, 2018
We'll send you an email as soon as it is available!