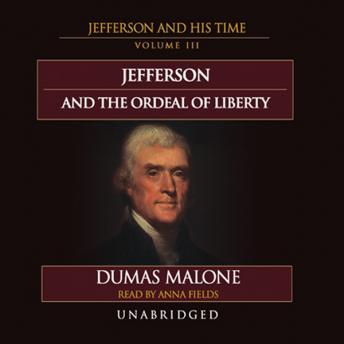 The third volume in Dumas Malone's distinguished, Pulitzer Prize-winning study of Thomas Jefferson and his time deals with one of the most fascinating and controversial periods of Jefferson's life. It includes the story of the final and most crucial phase of his secretaryship of state; his retirement to Monticello; his assumption of the leadership of the opposition party; and the crisis during the half-war with France, when the existence of political oppression was threatened and the freedom of individuals imperiled. Also covered is Jefferson's own election to the presidency in 1801.
This six-volume biography has become the standard work on Jefferson's life.