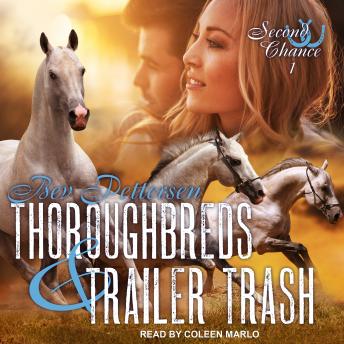 Feisty Jenna Murphy doesn't give a whiff about an animal's pedigree. As the local horse masseuse, she knows she has the magic touch and is keen to help every animal in her small town, including her beloved pony, Peanut. Any extra money earned from her job at the Equine Center is earmarked for her younger sister. At least someone in their family is going to receive a college education.

High-powered businessman Derek Burke's main goal is to fix his new company's financial woes. And the first thing on his agenda is to force employees to only look after Thoroughbreds. Working for free on trashy animals is simply not how a business makes money, and he's prepared to run off anyone who doesn't conform, even his attractive but free-spirited horse masseuse. Soon two stubborn people are caught in a battle of wills and there can never be two winners. Or can there?