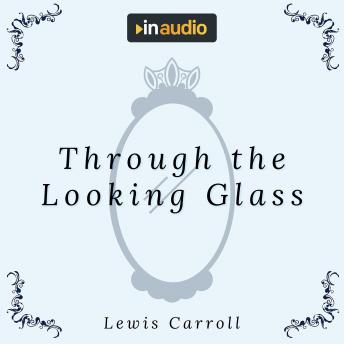 Through the Looking Glass is the sequel to Lewis Carroll’s Alice's Adventures in Wonderland. This story picks up with Alice in a strange land with nonsensical creatures, puzzling situations, and an extreme amount of whimsy and curiosity. The story follows Alice as she tries to make her way out of the nonsense world, journeying deeper into nonsense in the process.

Beloved classic characters from other Alice stories make appearances in this novel, such as the Mad Hatter, the Cheshire Cat, Tweedledee and Tweedledum, and the Red Queen. This audiobook also has two of the most well-known Wonderland poems, “Jabberwocky” and “The Walrus and the Carpenter.” Through the Looking Glass is a nostalgic return to Carroll’s fantasy world for returning readers, or a whimsical and enchanting entrance to the world for first-time listeners.