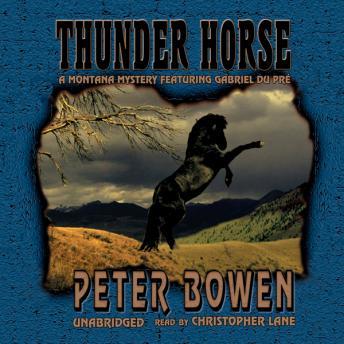 Toussaint, Montana, isn’t easily rattled, but an earthquake uncovers an ancient burial ground and the well-preserved bones of a primitive people. When an archeologist is found with a bullet in his back and a dinosaur tooth in his pocket, occasional sleuth Gabriel Du Pré steps in with the wisdom and vision of his Métis ancestors to uncover the answers. But while Indian archeologists and entrepreneurs battle for valuable land and the precious remains of a dinosaur, a predator more dangerous than the great T. Rex walks the Montana plains, hungry to strike again.