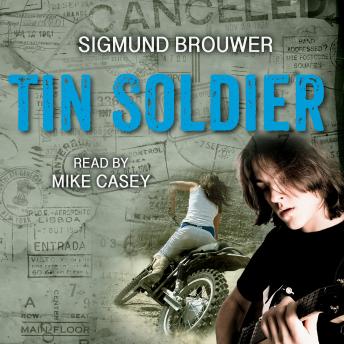 #6 of The Seven Sequels

Jim Webb’s pursuit of the truth about his grandfather’s role in the Vietnam War puts him squarely in the sights of someone high up in the US military—someone who wants certain events from that war left in the past. Webb goes on the run in the American Deep South with Lee, a Vietnam vet, trying to smoke out the man they call the Bogeyman by using Webb as bait. The Bogeyman may be powerful and smart, but Webb and Lee, with the help of a few of Lee’s old army buddies (and one motorcycle-riding girl), are ready to take him down.


Tin Soldier is the sequel to both Barracuda, part of The Seven Prequels and Devil's Pass, part of Seven (The Series).