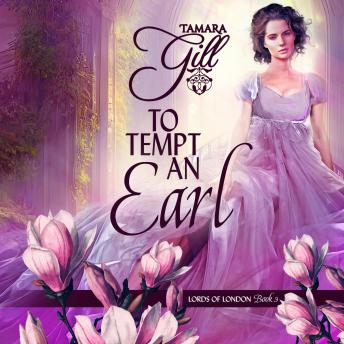 To Tempt an Earl

Hamish Doherty, Earl Leighton is having a terrible Season. A portion of his home burned to the ground, he was attacked outside a gaming hell, and a debutante he cannot stomach is determined they'll wed. It's enough to make any lord head for the hills, but his luck turns worse in the country. A large unpaid bill at an inn and a missing purse later, he's ready to concede defeat to the fickle Fates - until rescue unexpectedly comes from an intoxicatingly beautiful stranger.


As the daughter of a successful tradesman, Miss Katherine Martin has no time for peers and their problems. However there is something about this handsome and yet unlucky earl, and when their paths cross again, Lord Leighton offers to repay his debt to her in any way she pleases. Katherine decides one night in his arms will be just right, and yet as two kindred souls find passion together, it seems one night won't be enough. But can a woman of no rank and trade in her blood be enough to Tempt an Earl?

To Tempt an Earl