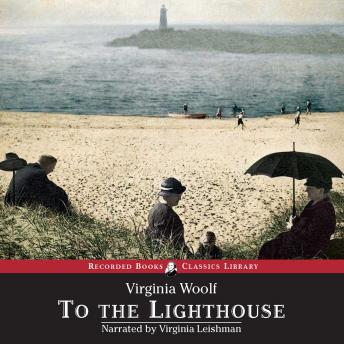 One of the icons of modernism, Virginia Woolf is credited alongside James Joyce for redefining the novel and challenging the limitations of the form. Published in 1927, To the Lighthouse helped establish Woolf among the 20th centurys most important and influential writers. At their second home on the Isle of Skye, the Ramsay family surrounds itself with friends and colleagues. They contend with World War I, family deaths, and hardships both spoken and unspoken. All the while, the lighthouse looms in the distance. Six-year-old James asks his father to take him there, but many years will pass before the voyage begins. Woolf was deeply interested in her characters' inner thoughts and feelings, and because of this, To the Lighthouse emerges as an unforgettable, introspective masterpiece.