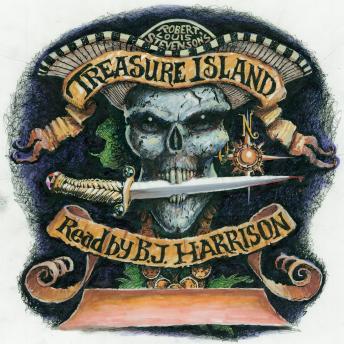 B. J. Harrison of The Classic Tales Podcast infallibly reads Treasure Island by Robert Louis Stevenson. Hear the timeless characters of Billy Bones, Captain Smollett, Ben Gunn, and the duplicitous Long John Silver as you've never heard them before. Find out where so much of our pirate lore comes from - here are the one legged man with the parrot on his shoulder, the pirate's curse, and the treasure map where "X" marks the spot. After outsmarting a band of bloody-minded buccaneers, young Jim Hawkins succeeds in obtaining their treasure map. This map catapults him into a whirlwind of adventure, to a far off place known as Treasure Island, where the legendary Captain Flint buried his treasure, leaving no man to speak of its whereabouts. It's a story that should be told in every ear. And with B.J. Harrison's gift of bringing these characters to life with his hypnotic voice, Treasure Island is a listening experience you will treasure for many years to come.

This title is due for release on October 10, 2007
We'll send you an email as soon as it is available!