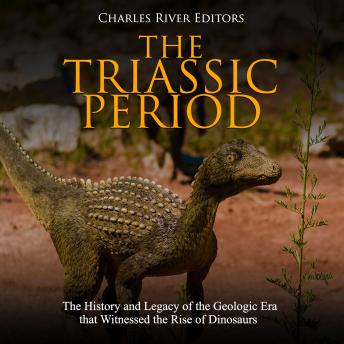 Triassic Period, The: The History and Legacy of the Geologic Era that Witnessed the Rise of Dinosaurs

Scientists have long attempted to understand Earth's past, and in service to that effort, they have divided the world's history into eons, eras, periods, epochs and ages. For example, the current eon is called the Phanerozoic, which means "visible life." This is the eon in which multi-cellular life has evolved and thrived. Before this, life was microscopic (single cell).
The Phanerozoic eon is divided into 3 eras - Paleozoic ("old life"), Mesozoic ("middle life") and Cenozoic ("new life"). From there, the Mesozoic era is divided into 3 periods - Triassic, Jurassic and Cretaceous.
Before the Triassic, primitive life had built up in the oceans and seas, and some lifeforms finally had crawled onto land during the Paleozoic era. With that, life had become well established, but then came the Permian-Triassic mass extinction, the worst extinction event in the history of the planet. At the end of the Triassic, another extinction event cleared the way for dinosaurs to become the dominant set of species in the Jurassic.
Though the Triassic does not have as interesting a list of creatures as those in the Jurassic and Cretaceous, such as Tyrannosaurus rex, Stegosaurus, Pterodactyls, Brontosaurus, and the like, the life which reclaimed the Earth and then thrived during this period was no less important. Life during the Triassic spent nearly 60% of its time recovering from the Permian-Triassic extinction event, roughly 30 million years. What had been built up was then slammed by nature, effectively clearing the board once more for new species to take over.

Triassic Period, The: The History and Legacy of the Geologic Era that Witnessed the Rise of Dinosaurs

This title is due for release on August 31, 2019
We'll send you an email as soon as it is available!