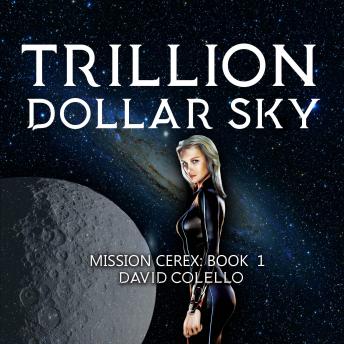 Pia is a stunning woman, whose genius is sought after by the handful of Multinational corporations left fighting for control over the ravaged Earth of 2056. As rampant starvation and climate destruction sweep across the planet, a final war seems inevitable both on Earth and in the Lunar Colonies. Rebel groups use cyberwarfare and brain network attacks in a seemingly futile attempt to stop the Multinats.

Now Natocorps has a daring plan for how to become the sole surviving global power, but should they be helped or stopped?

The dwarf planet Ceres is the largest object in the asteroid belt, and there promises to be untold riches for the first to colonize and mine it. However, what they discover there may change the human race itself.

Thrills, danger, love, wonder, humor, and intrigue are hiding around every corner of this one hour short read. It's 30% hard science fiction, 30% dystopian, 30% space opera, 10% love story, and 100% addictive! Fans of The Expanse, Firefly, Asimov, or Arthur C. Clarke's Rama series will feel right at home. Pia is a reluctant but strong female lead who must learn to make peace with her past as she shapes the future of humanity. So what are you waiting for? Jump into the exciting world of Mission Cerex today!