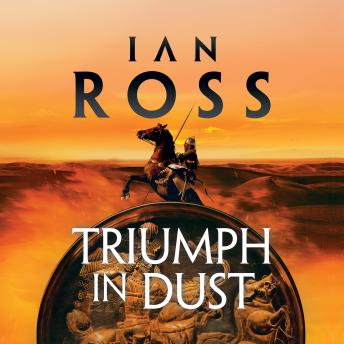 Ferocity, heroism, and savage bloodshed: the next gripping instalment in the Twilight of Empire series.

When the simmering conflict between Rome and Persia threatens once again to ignite into open war, there is only one man the Emperor Constantine can trust to hold the eastern frontier. Aurelius Castus, retired general of the empire. When the summons comes to command an army once more, he obeys with a heavy heart. Is he still a fearsome fighting machine? Will his young, ambitious officers respect and follow a great soldier of former days? When tragedy strikes, Castus must race to defend the last bulwark standing against the might of Persia. In the pitiless heat of the Syrian desert, engulfed by whirling sandstorms and facing a fearless, treacherous foe, Castus knows that the fight ahead will be the fiercest he has ever known.