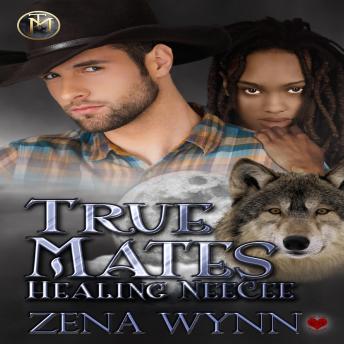 Heather S. Auden
A free trial credit cannot be used on this title

It should have been simple. Drive to New York, perform a wellness check on NeeCee Jones for his best bud, Chad, and return home to Refuge, NC. If Bull has more personal reasons for wanting to see the aggravating human he can't get off his mind...? Well, that's his business. He arrives in New York, spare key in hand, to find NeeCee's apartment trashed, her painting slashed, and her passed out in the bedroom.

Bull does what any logical thinking man would do. He kidnaps NeeCee and brings her back to Refuge with him. With her sister in heat, that gives him three days to convince NeeCee they belong together before Tameka and Chad come running to the rescue. But with his mate, his alpha, and even his wolf against him, Bull will have to prove this is one mating that won't be denied.