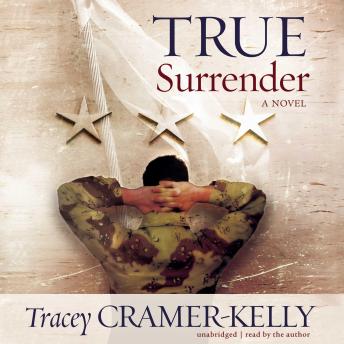 When Major Aaron Bricewick is rescued from Afghanistan terrorists, he thinks the worst is over.

The first surprise is that he is an amputee. The second is the woman he left behind, now a widow with a 4-year-old son – and his new prosthetist (artificial limb maker).

His biggest battle is just beginning...

He vows that losing his leg won't derail his career. But maintaining his outward appearance as a got-it-together officer becomes increasingly difficult as he faces one personal demon after another – and sees his career aspirations slipping away.

And though he has no intention of expanding his life to include a woman, his heart has other ideas – and he finds himself questioning the very foundation of his personal beliefs.

When violence – and unexpected redemption – touch his life again, Aaron must make a stand.

Which will he choose: duty or love?

'Mere words cannot express how impressed I am with this novel. Tracey Cramer-Kelly has out done herself on this military romance. This author has fully convinced me that she is a voice that will quickly earn her high marks in the book world.' ~ romancejunkies.com

'True Surrender is a heart-breaking, tear jerker of a story. This is not a bad thing by any means. It grabbed me from the beginning and held my attention right to the end. It's about faith, love, courage, duty, and honor.' ~ Bea's Book Nook