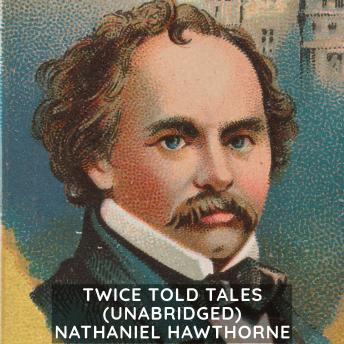 Twice-Told Tales is a short story collection in two volumes by Nathaniel Hawthorne. The first was published in the spring of 1837, and the second in 1842. The stories had all been previously published in magazines and annuals, hence the name.

The title, Twice-Told Tales, was based on a line from William Shakespeare's The Life and Death of King John (Act 3, scene 4): 'Life is as tedious as a twice-told tale, / Vexing the dull ear of a drowsy man.' The quote referenced may also be Hawthorne's way of acknowledging a belief that many of his stories were ironic retellings of familiar tropes. The book was published by the American Stationers' Company on March 6, 1837; its cover price was one dollar. Hawthorne had help in promoting the book from Elizabeth Peabody. She sent copies of the collection to William Wordsworth as well as to Horace Mann, hoping that Mann could get Hawthorne a job writing stories for schoolchildren.