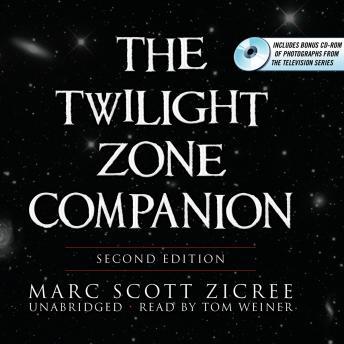 The Twilight Zone Companion is the complete, five season (1959-64) show-by-show guide to one of television's greatest series. Zicree's well-written account is fascinating reading for even the casual fan. Coverage of each episode includes plot synopsis, Rod Serling's opening narration, behind-the-scenes stories from the original artists who created the series, and a complete list of cast and credits.

'In all my years of television viewing, no series resonated as deeply as The Twilight Zone. Even today, fragments of the forgotten episodes rise into my memory with surprising poignancy. The Twilight Zone was masterful storytelling, and this companion book, this compendium of old tales, is a remarkable gift to those who loved the series and to those who have yet to discover its magic.'-Bruce Joel Rubin, screenwriter, Ghost, Jacob's Ladder

This title is due for release on March 17, 2010
We'll send you an email as soon as it is available!