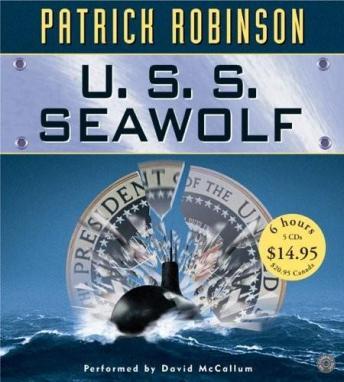 By the close of the twentieth century, China had gathered secret information concerning United States military surveillance and guided-missile technology.Now, in 2005, the technology is in production in China's new breed of submarine-based long-range missiles. The dragon has stirred.Admiral Arnold Morgan, the President's National Security Adviser, cannot sit back and wait for China to perfect their new ballistic weapon. He dispatches the most lethal hunter-killer submarine in the fleet, U.S.S. Seawolf, deep into the China Seas.Seawolf eludes the Chinese until a catastrophic accident suddenly puts the U.S. submarine at their mercy. The crew vanishes, plainly captive. At the risk of starting World War III, Admiral Morgan orders in the elite Navy SEALs to rescue the Americans at all cost. Under cover of darkness, the SEALs move into the forbidden waters of the South China Sea. Their orders are brutal: Whatever it takes. Failure, unthinkable.U.S.S. Seawolf is epic in its sweep, meticulous in its authenticity and breathtaking in its pacing. It is a terrifying and thrilling tale for our times.