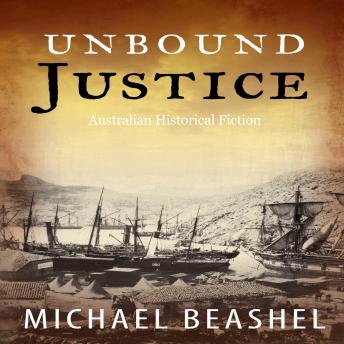 John Leary boards ship in Ireland in 1850, a young carpenter ambitious for a new life in Australia. He sails with revenge in his heart—his beloved sister has been raped by her landlord, William Baxterhouse, who escapes on another ship with even grander plans for success in New South Wales. In Sydney, hard workers like Leary and ruthless newcomers like Baxterhouse find a city fired by the Gold Rush and dedicated to creating the finest buildings in the colony. Leary has a double motive to make his construction company succeed: he has fallen in love with the beautiful Clarissa McGuire, whose family despise him, and Baxterhouse continues to rise in wealth and influence, seemingly untouchable. Meanwhile another woman, Beth O’Hare, is in love with John Leary, and he makes some hard choices—including a climactic showdown with Baxterhouse.

This is the first novel in The Sandstone Trilogy: a top seller and a new, magnificent view of nineteenth-century Sydney from the ground up.

This title is due for release on May 29, 2021
We'll send you an email as soon as it is available!