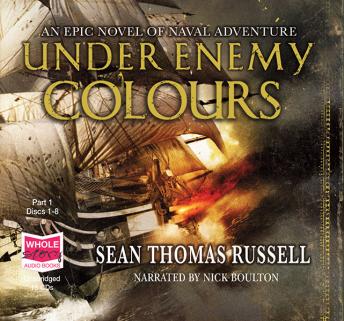 As the streets of Paris are overrun with revolutionary fervour, England prepares for the inevitable war with France. Lieutenant Charles Hayden is a man of undeniable ability. The son of an Englishman, his allegiance to the English Crown is beyond dispute. But, with a French mother, and without any influence in the Admiralty, he is seemingly overlooked for his first commission as Master and Commander. Instead, he is posted to an ageing frigate, the Themis. When she takes to sea to hunt the enemy, Lieutenant Hayden is immediately caught between a tyrannical captain and a crew pushed to the verge of mutiny. Disaffection turns to violence, and Hayden is torn between honour and duty, as the magnificent Royal Navy engages the French in a centuries-old struggle for power...