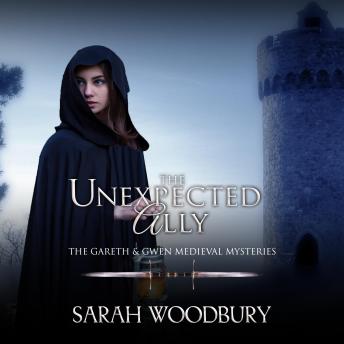 March 1147. Assassination, espionage, betrayal. King Owain has ridden east to confront King Madog of Powys with the attempt on the life of his son. Rhys, now abbot of St. Kentigern’s monastery, hopes for peace and calls both Madog and Owain to the negotiating table. Peace, however, is the last thing on Madog’s mind. Recalcitrant, self-righteous, and angry, he sees King Owain’s recent weakness as his opportunity and knows that Owain’s own barons are circling like wolves, waiting for the chance to overthrow him.

With the throne of Gwynedd in the balance, Abbot Rhys is desperate to broker a deal. And when the body of a royal spy is found within hours of King Owain’s arrival at St. Asaph’s, it is up to Gareth and Gwen to find the killer before the wrong man is hanged—and a country lost.

The Unexpected Ally is the eighth Gareth & Gwen Medieval Mystery.