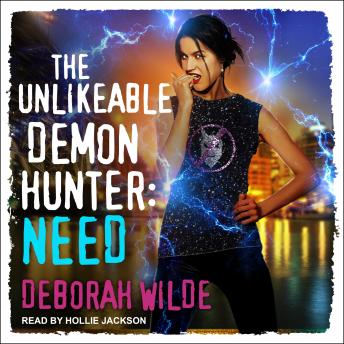 Nava Katz has a lot on her plate:

Nava is hot on the heels of a demonic serial killer and finally working with her brother. The assignment should be a dream come true, not a nightmarish power struggle made worse by her twin's refusal to believe there's corruption within the Brotherhood.

She's determined to find proof of their dirty dealings, even as she risks irrefutably breaking her sibling bond.

And speaking of clocking annoying males upside the head . . .

Nava is also totally over smoking hot rock star and fellow hunter Rohan Mitra. There is a veritable buffet of boy options out there, and this girl is now all-you-can-eat.

So when her demon hunt brings her first love, Cole, back into her life, her revenge fantasies for closure-on all fronts-are a go.

Except neither her old wounds nor her new ones are as healed as she believes. It's Less Hopelessly Devoted, more Worse Things I Could Do.