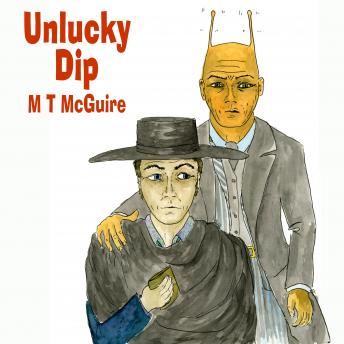 When trouble comes knocking meet the one man dumb enough to answer the door!

The Pan of Hamgee, starving outlaw, bumps into Big Merv; the meanest, scariest gangster in the City and without thinking what he is doing, steals his wallet. When Big Merv realises what has happened our hero's future looks short. Will he talk his way out of it or will he be 'recycled' into a stanchion of the Outer Ring Road extension.

Q – What are the other books in the K’Barthan series?

Q – Why did you write the K’Barthan Series?

A – No-one wrote the book I wanted to read, so I had to. I love British satire and humor (or humour). I love wit; funny epic fantasy series like the Discworld novels and comedic sci fi like Douglas Adams. I like genre mashups; Douglas Adams meets StarTrek and James Bond with a dash of romance (but no squelchy bits). I wanted a page turner but a comedy, a funny book that felt British, because everything else, except Dr Who, feels American. It’s about good folks from different sides banding together to fight evil. I wanted protagonists I could love and empathise with, mavericks, misfit characters, real people ... except they're not all people obviously, some of them are other species.